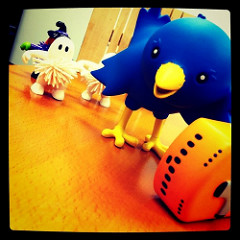 My friend Terry posted a talk, Place, Space, and the Process of Emancipation on a 19th Century Plantation in St. Mary’s City, Maryland, he did for the Society for Historical Archaeology 45th annual Conference on Historical and Underwater Archaeology where he talked about the transition from slavery to freedom in St. Mary’s City in Maryland. I will not paraphrase his talk because Terry is smarter than I am and I would not do it justice; you should watch it.

One of the central themes he discussed was the distinction between space, which he defined as a “geographical area” and place, an “area with cultural or social meanings for certain groups.”

While people may metaphorically refer to modern day workplaces as “slavery” which it most certainly is not, I think that the modern workplace does offer a certain analogy to slaves and their quarters. Workers are in an environment which is owned by another entity who has a certain level of power over them. The employer to a large degree controls the environment, from building to furniture to temperature. The employer also can impose rules on the employees as to how they may make their work spaces “there own.”

I have long been a proponent in the technology field for small group offices (2-3 people). While there are clearly benefits in solitude and camaraderie in such a space, I never contemplated until now that offices also allow for the opportunity to most easily customize a workers area to make it much more of a space rather than just a place. Modern office theory for technology workers has shifted from the standard office through the awful stage of cubicals to the newest idea of having “open workspaces.” This seems to lower the opportunity for an individual space although it has been counterbalanced by the loosening of rules of what is appropriate when personalizing your workspace.

How this balances out is a personal matter; I know for me, I prefer the solitude of offices and would prefer that to the open culture where the only solitude you can get is between headphones. I have found that spending the time to make my office more personal through pictures, artwork, desk toys helps me be more relaxed than I would be in a more sterile environment.

I think it is a logical conclusion to draw that the more an individual is able to identify their workspace as a personal space, the happier they will be. It also seems logical to conclude that a happier worker is a more productive worker. Obviously happy involves more than just ones workspace, but it is a factor.

I don’t have any empirical evidence of this theory, but if anyone wants to get a PhD on this topic, I will gladly accept a small footnote thanking me for the idea.